Givat Haviva celebrated the successful conclusion of three consecutive training courses for change agents to instill a culture of conflict resolution and dialogue in and between the various communities in Wadi Ara.

As part of the event, a convention was established to expand the use of the language of mediation and sulcha for the benefit of the residents of the region and to build a stronger community and area by implementing a culture of consensus building. Greetings were delivered by Emek Hefer's new council head,Galit Shaul, head of the Arara council Modar Yunis, head of the Menashe council Ilan Sadeh, and deputy mayor of Umm al-Fahm Bilal Mahajna, who, together with other heads of local authorities from the region, signed the convention and will promote mediation and sulcha in the region. Greetings were also delivered by the representative of the Friedrich-Ebert-Stiftung in Israel, Yehudit Stelmach, who accompanied the project from its inception.During the event, projects of graduates of the mediation sulcha leadership courses were presented, among them initiatives to establish mediation and dialogue centers in Basma, Baqa al-Gharbiya, Ar'ara and Umm al-Fahm, joining the centers already operating in Emek Hefer and recently also in Menashe. The establishment of mediation and dialogue centers in Arab municipalities is a new development in Israel. Although the country has mediation and dialogue centers in more than 35 Jewish municipalities, mediation and dialogue centers for peaceful settlement of disputes in Arab municipalities had yet to be established.The documentary film "Sulcha" was also screened. The film documented for the first time from the inside a sulcha process that was conducted in the Arab village of I'blin in the Lower Galilee and a conversation was held with the film's director, Eitan Harris.

Submitted by Dr. Ran Kuttner, Academic Advisor for the Shared Communities project and director of the mediation course. 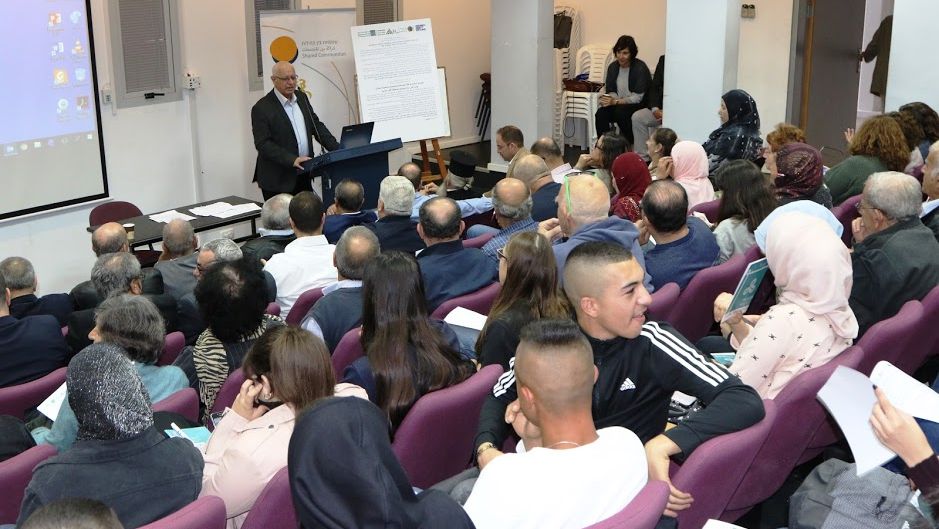