Delegation of Volunteer Youth to Germany

Delegation of Volunteer Youth to Germany

At the end of November, the fourth annual delegation of youth volunteers in the community went to Germany, on behalf of the Youth Departments of the Menashe Council and Baka Al Garbiyeh.

The 13 students and their escorts were guests at the Kurt Löwenstein Institute, an educational partner of Givat Haviva and Hashomer Hatzair for several years. The students of the delegation, together with German youth, underwent an intensive seminar during their stay, with a central focus of "the thin line between democracies and dictatorships" on the axis of the last hundred years.

With the spectacular scene of the Christmas tree and the giant Hanukkiah facing the Brandenburg Gate, the German Arc de Triomphe, one of the facilitators said:

“The victory of this time is in the understanding that good can prevail over evil, that there is always hope even in the darkest times. That from the ruins of the catastrophe of World War II and the destruction that the Nazis have done to our people and other peoples, a different reality like that of today's Germany could have flourished, with amazing people like the children, the parents, and the staff we have gotten to know here. That Germany has become a refuge for masses of Muslims and others in danger of extinction. That Germany today is a province of democracy, equality, and respect for human worth. True, not everything is rose-colored ... there will always be roots of evil that will try to provoke and incite ... But if people are vigilant, if we know how to cherish and preserve human freedom and humanistic values in our world ... If there are and will be many people like those we have known in our journey and youth taking time out of their busy schedules to contribute to society ... then we can preserve the gate of victory as a symbol of the triumph of the human spirit. 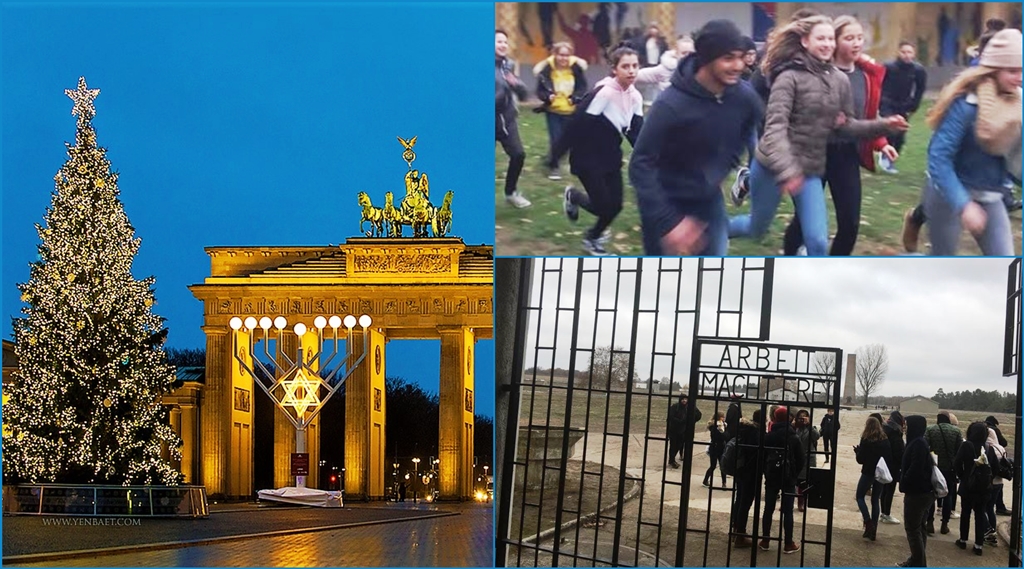