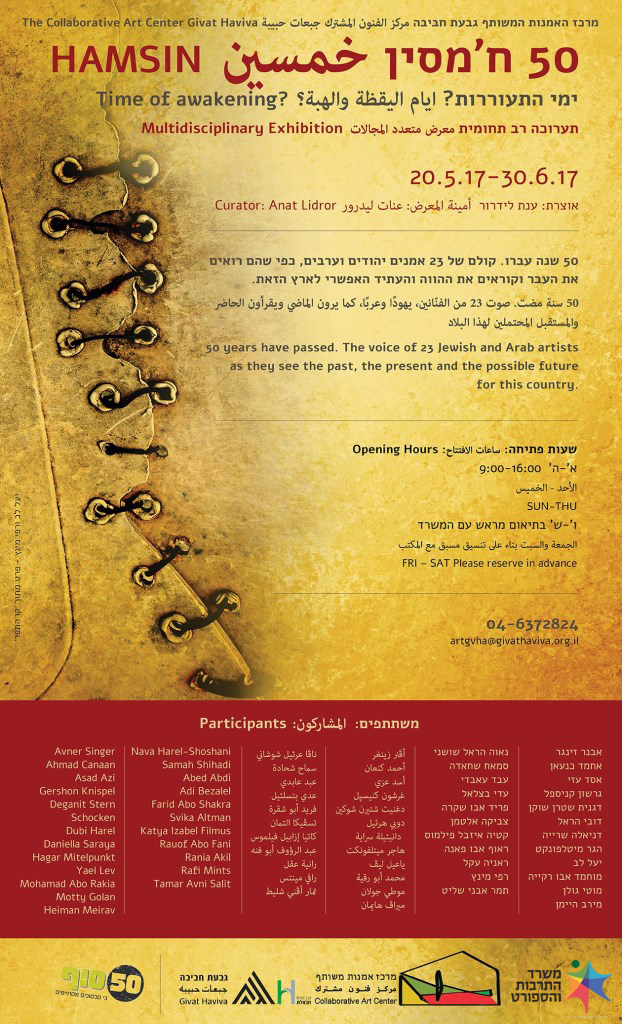 Fifty years have passed. Where is this country? How is it and its diverse population affected by the "temporary" act of occupation, which began in 1967 and is still going on today?  Hamsin brings the voices of 23 Jewish and Arab artists, and how they see the past, read the present and envision the possible future of this land. The exhibition presents a multidisciplinary body of work, with works of painting, photography, sculpture, jewelry, ceramics, video art, installation, performance, and their combination.
The exhibition is the result of the cooperation and conceptual dialogue between eleven pairs of artists that include joint thinking and/or action, and are based on the premise that the DNA needed here is that of cooperation.  The pieces present different aspects of the occupation, today, in the year 2017. Among them are refugees, the meaning of home, a society in a state of anxiety, occupation as an autoimmune action, a cult-like reality, woman and the occupation, questions of hope and vision, occupation as an internal reality, victory albums, the end of days, and the light at the end of the tunnel.
Are we all influenced by this, every day, in our daily lives? My answer is yes.
This is an opportunity to direct our gaze toward the occupation, with our eyes wide open.
The artists participating in this exhibition are all citizen of Israel. The occupation has been present in their art, in their daily lives, in their teaching and in their work with various audiences. Every one of them believes that their voices, and our voices, matter.  This voice should not resign itself to be uninfluential, privatized, silenced. They believe that if we do not maintain our freedom of expression, in the public sphere in general and in art in particular, we will lose a thick layer of our cultural, moral, human fabric; a layer of our social body, without which we will remain exposed, as a society of mere survivors. In these times when the Public Broadcasting Authority is shut down, when the public's voice and influence are in danger of silencing, art is a bastion of freedom.  It should not stand aloof; it should speak up as only it knows how.
In an homage to the late artist Moshe Gershuni, a couple of weeks ago, Gideon Ofrat said: "Going out is a must!" and spoke of the pressing need for art and artists to go out into the public sphere.  I would add that even inside the studio or the gallery, Israeli art today has the obligation to speak out publicly, for the public desperately needs art and its voice as the ultimate freedom fighter.
Participating artists:  Avner Singer, Ahmad Canaan, Assad Azi, Gershon Knispel, Deganit Stern Schocken, Dubi Harel, Daniella Saraya, Hagar Mittelpunkt, Yael Lev, Mohammad Abu Rakia, Motty Golan, Meirav Heiman, Nava Harel-Shoshani, Samah Shihadi, Abed Abdi, Adi Bezalel, Farid Abu Shakra, Svika Altman, Katya Izabel Filmus, Rauof Abu Fani, Rania Akel, Rafi Műnz and Tamar Shalit-Avni.
Anat Lidror, Curator 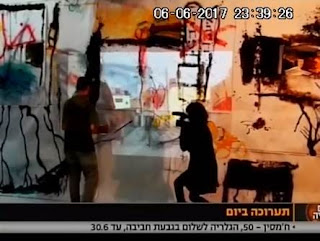 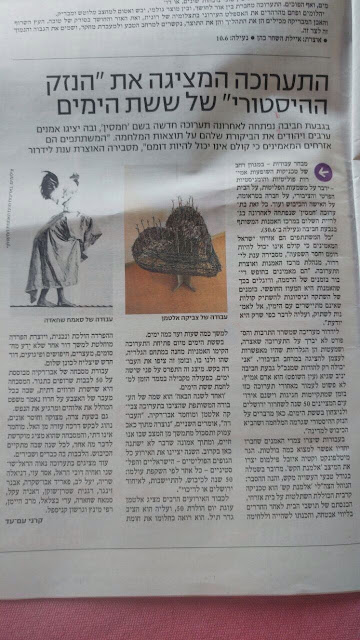 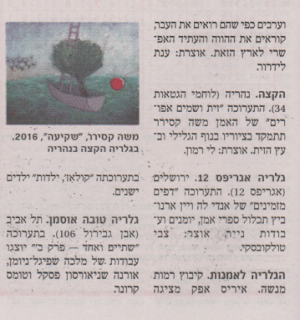