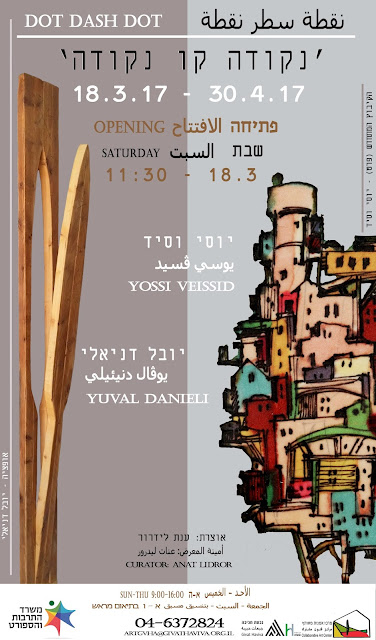 Yuval Danieli – Yossi Veissid
Yuval Danieli and Yossi Veissid, who are both members of Kibbutz HaMa'apil, show here the products of a process in which they examined two points of view on the kibbutz. One, nostalgic and lyrical in nature, yearns for those places and situations that characterized the landscape of a kibbutz that is now gone. The other, practical and demanding, wishes to prompt the kibbutz into a discussion of its future. Both points of view are critical. One deplores of the lack of awareness of the need for preservation and documentation of the disappearing values of the past in the renewed kibbutz.  The other denounces the indifference to the need for adjusting the physical planning of the place to changing political and social realities.
This exhibition constitutes another phase in the process started with Point, shown at the Kibbutz Gallery in Tel Aviv a few months ago (curated by Yael Keini). Dot Dash Dot comes geographically closer to Veissid and Danieli's living and working environment, and elaborates on the questions raised in the urban art gallery. It showcases some core pieces from the earlier show (such as the joint project Kibbutz Skyscraper) alongside new works, some of which (like Yuval Danieli's Partnership Scaffolding)  were created especially for the space of the Peace Gallery, reflecting the idea of collaboration between Jewish and Arab society, a central value at Givat Haviva.
Through his ongoing interest in the cypress tree and the tree-lined path, the cactus and the field watchman, the empty and the full, the relations of surface and color formed in the landscape, Danieli seems to invite Veissid into the local, the private, the individual – the source. After a long time of concentrating on descriptions of the destruction of global spaces, Veissid now goes back to the place where he grew up,
and creates the beginning of things as well as their end; from Children's House and Mulberry Tree in the Chicken Coop to The First Tree and Top of Massada.
Veissid and Danieli choose to apply utopian thinking as a tool for researching the concrete questions that bother them. They do not try to offer clear solutions or actual plans. Art gives them the freedom to exercise "irresponsible" thinking, which has the power for reaching much further than all their years as members of the Planning Committee on their kibbutz.
Anat Lidror, Curator 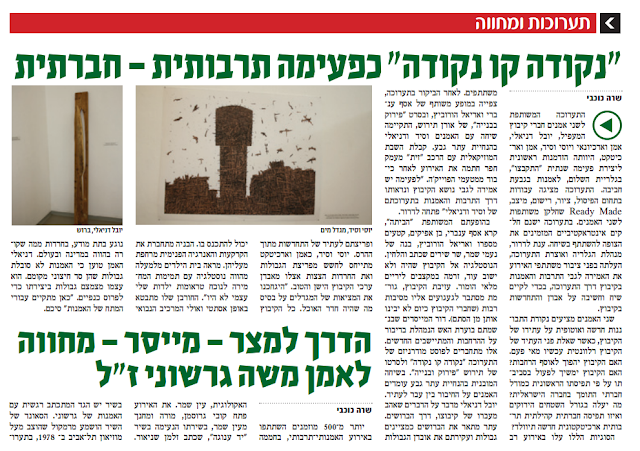 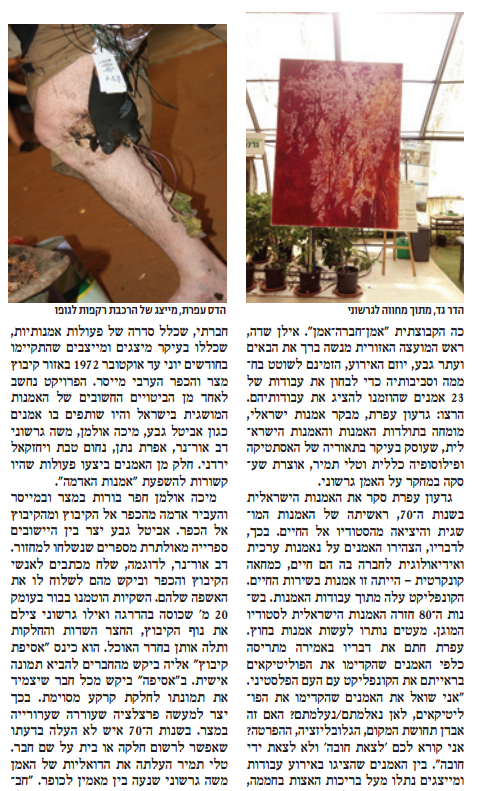 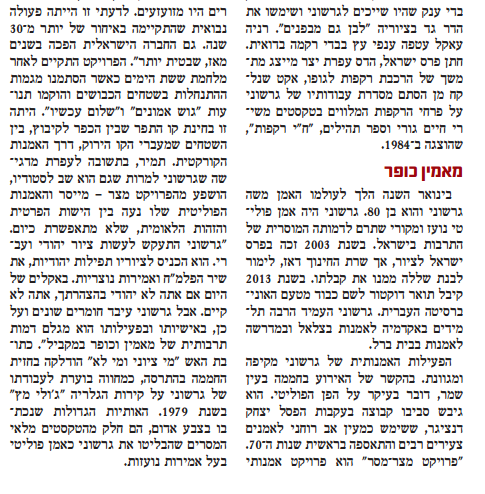