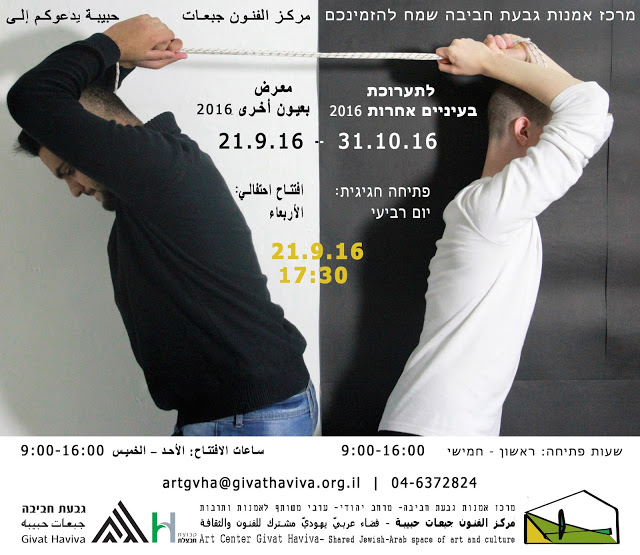 The exhibition Through Others' Eyes presents elements from the experiential process that the group went through. The show combines the documentary aspect of places and people who are part of the group members' everyday lives, with the symbolic, staged aspect representing feelings and thoughts about our situation here and now.
Over the last couple of years we developed the process of working around a central theme. The focus of the current show is stereotypes and preconceptions.
The group members chose to look at the schematic manner that groups adopt when talking and thinking about other groups. With concern and honesty they placed a mirror in front of themselves and said out loud to each other the words and common expressions that Jews and Arabs sometimes say about each other. We placed on the table what adults only say behind each other's back. In the course of our work the patterns were broken down, the expressions dissolved and became images.
The exhibition showcases a series of personal cultural images which are based on everyday objects owned by group members, through which the participants realized the similar and different symbols of their shared culture.
The documentary aspect of the show constitutes a human series where the gaze is dominant. The gaze expresses and speaks the human in all the pieces. A series of outdoor photographs presents a view of our habitat with the fence, a region where the idyllic and the inconceivable exist side by side, every day.
In addition, you will find a testimony to the experience of the group in the summer camp in the U.S., in pictures combining the rich outlook the teens have developed and the fact that they are now more than a collection of individuals but a group where the whole is greater than the sum of its parts.
The exhibition will be showcased in the schools of the group members during 2016-17. The extensive distribution will allow the group to echo the experience, the process and the message, thus enabling an encounter and a dialogue with and within the various communities: fellow students, teachers, friends, family, the regional communities and the larger community in Israel and abroad.
Anat Lidror, Tamar Shalit-Avni and Rauf Abu Faneh
· Each photograph is accompanied by a QR code which will send you behind the scenes. Please download a QR app to your phones and scan the codes. 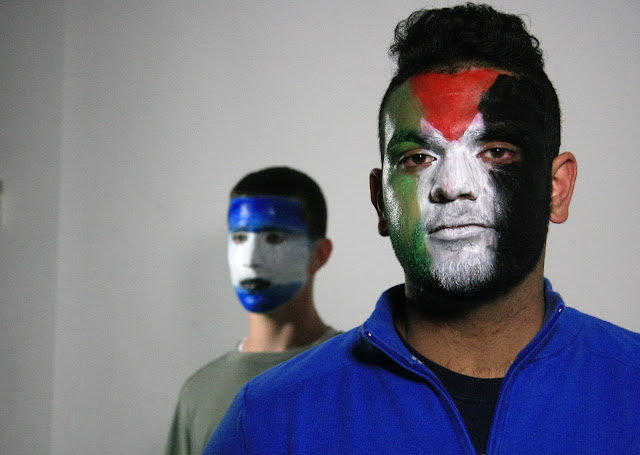 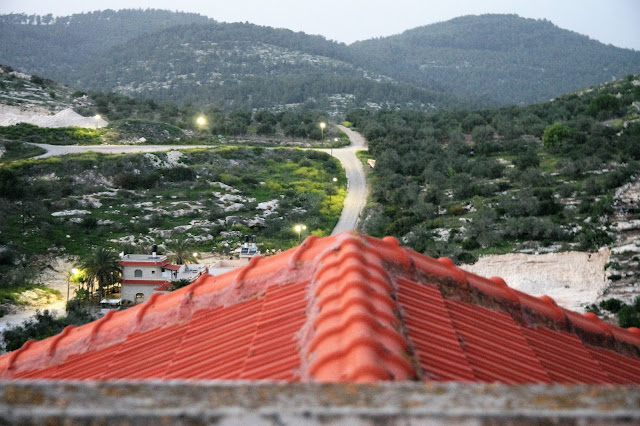 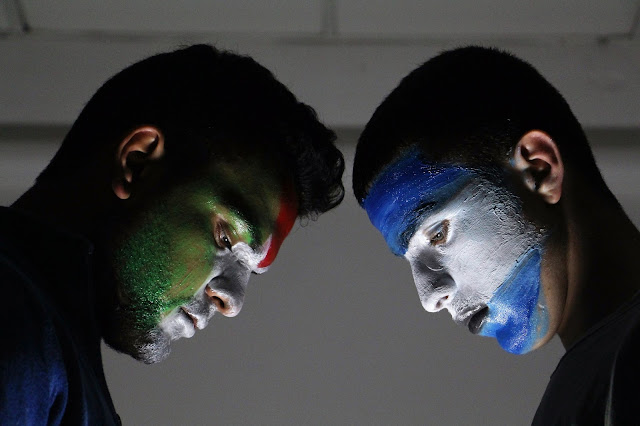 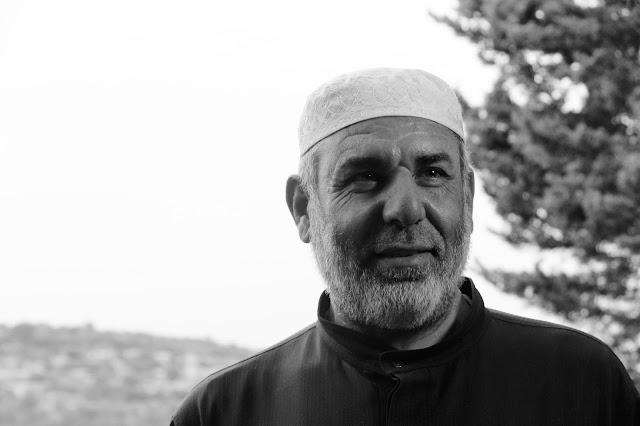 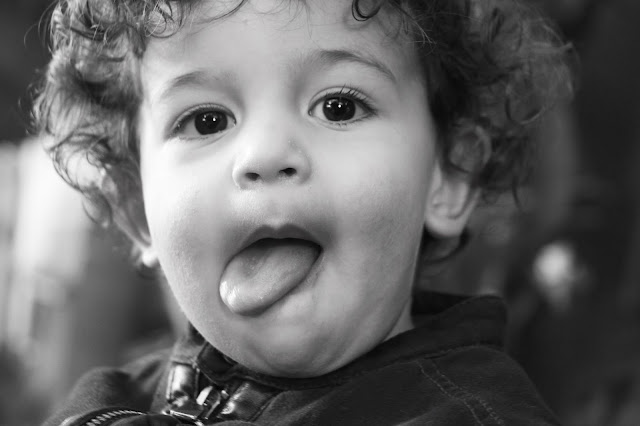 Through Others' Eyes – Arab and Jews 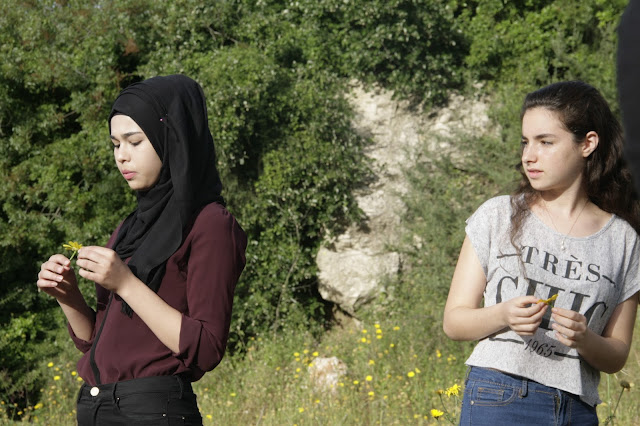 Difference is a normal thing in human history. And variation is a normal thing in nature. If common opinions do not connect us, then our humanity is the connecting factor. Our character, our differences, our minds connect us. History, geography and collective memory also connect us. Human beings naturally tend to look for their sense of belonging to an ideological, national or religious group, in order to define themselves. We build a ladder to climb on, you and me, I am the Other and you are the Other… Why don't we build a person who contains parts of all of us together?
The visit of the group Through Others' Eyes, made up of Arab and Jewish teens, in the village of Musheirifa, proves how much I, the Other, connect to you, who are the Other. The group conveyed the feeling of ideological closeness and humane attitude that forged the human spirit and the vision based on the alphabet that respects thinking and the exchange of ideas.
Poet Khaled Aghbariyya
Musheirifa – Umm al-Fahmעומר איפנברג
When I hosted the group, I was hoping that everybody would have a good time, like my house and not think it is small compared to others.
I didn't know how it will go when a group of Jews and Arabs came to my home, but when everybody arrived it was different than I expected. They all enjoyed the visit and loved my dog.
My parents also had a very good time and wanted to host the group again. It was hard to know what to expect because I had never been in a situation like that before.
Omer Epenberg
There is so much one can learn in this life! I learned a lot from this project. For example
1. I learned what is the perfect behavior with the Jewish sector.
2. I learned about Jewish culture.
3. Jewish food is not bad.
My best experience was when I hosted the group at my house, it was really nice. It's true that I had some concerns, but in the end it all went well. I liked how kids were interested in everything we have at home, and the pictures they took were perfect. They really became part of my family. When I spend time with them I also feel at ease, and every week I look forward to the next encounter.
As for the flight, I feel this is going to be the most fun and exciting experience of my life. So I wish for everybody to have a great time and that everybody feels optimistic about it.

Gad Al Hak Sharafi
In the course of the visits I learned more about the different cultures. I got to know each member more in depth, and it helped us become closer. Something that I will especially remember is our visit to Iara's in Baqa al-Gharbiyye. It was the first visit, so it was very meaningful for me. I met her family and saw her house. It was our first time shooting outside Givat Haviva, and I was very excited because there were so many possibilities, the antique furniture, the Quran, all the typical things of her family, which I was really happy to get to know. The whole group sat down to eat together, it was traditional Arab food which was delicious. Their hospitality was impressive, traditional Arab hospitality. We had an amazing reception from the family, and I was really happy to be there.
I felt very safe during the visit, and I thought how similar we are, and that if we are open and respectful as we were during the visit we could all live together and put all our conflicts aside, just like a guest and a host who take care of each other.
Lia Soleimany
Experiences from one of the encounters:
Adi: I discovered that Abed Alla remembers a lot of dates.
Adi: When we had dinner at the seminar in Givat Haviva we sang the songs of the group sitting next to us.
Abed Alla: When we went together for the first time for a home visit, it was our first challenge as a group.
I learned how to appreciate and accept the Other, someone different.
I gained a better understanding of Jewish culture and how they celebrate their holidays.
I could see things through different eyes thanks to the camera.
Abed Alla Zahalka, Adi Lahat
Picture of Adi and Ruba at the station
Our fear of each other is stopping us. It is the result of stigmas, generalizations, and especially our lack of knowledge and not being familiar with the other side.
The photograph illustrates the everyday situation of waiting for the bus in a common bus stop, and shows the lack of communication and mutual reservations.
Stereotypes
vWhat Arabs think that Jews think of them
· Terrorists
· Generous with food
· Dress modestly
· Right wingers/ leftists
vWhat Jews think that Arabs think of them
· Stingy
· Hate Arabs
· Conquerors
· Corrupt
· Right wingers / leftists 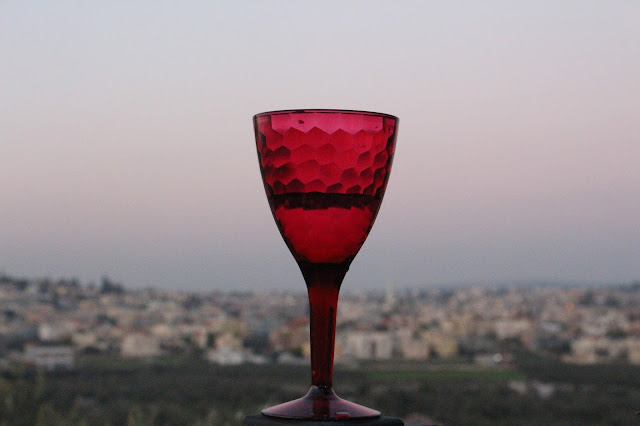 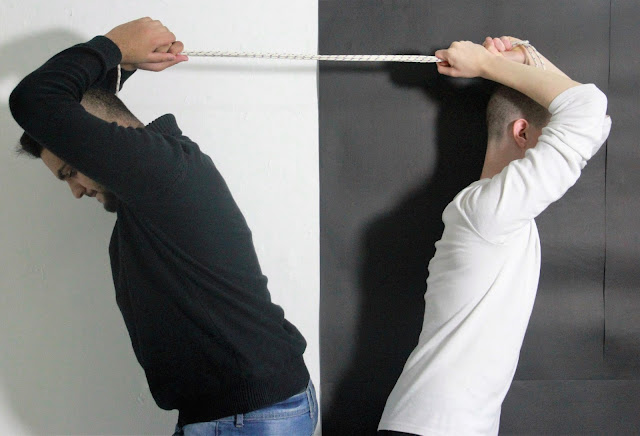 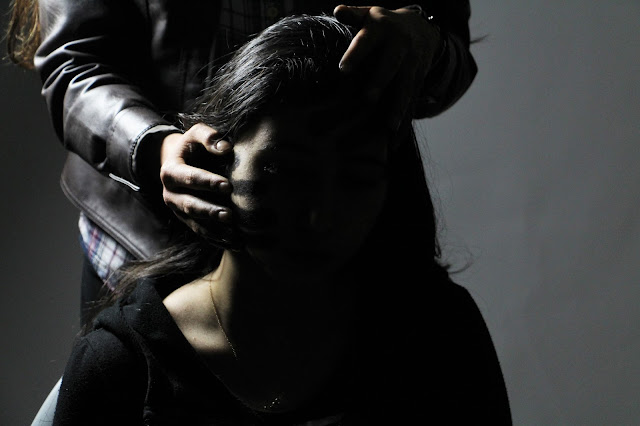 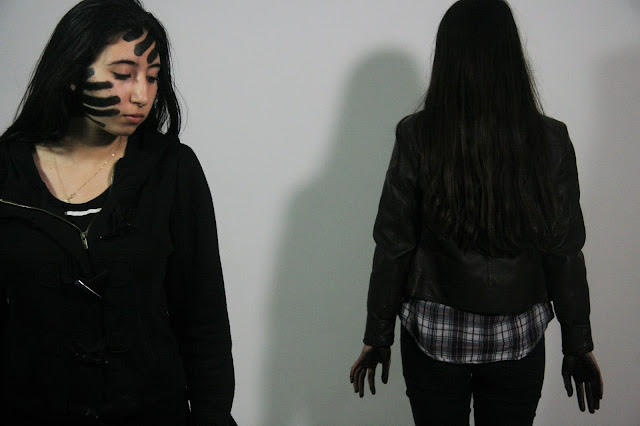 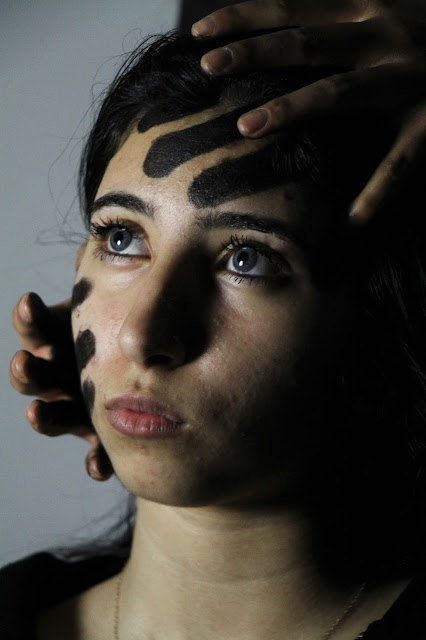 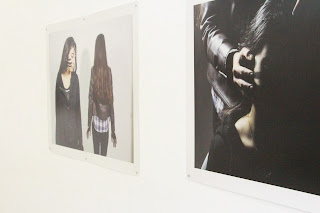 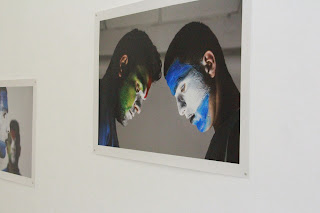 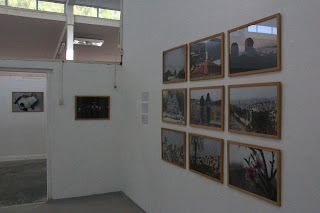 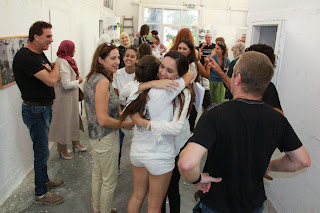 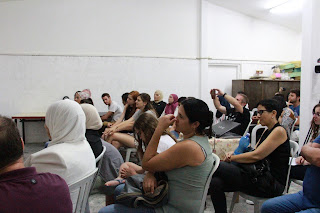 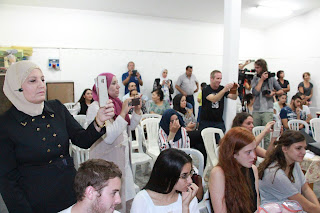 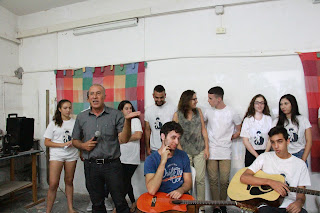